For MilSpouses in Kansas, USO Coffee Connections are a Major Military Spouse Benefit 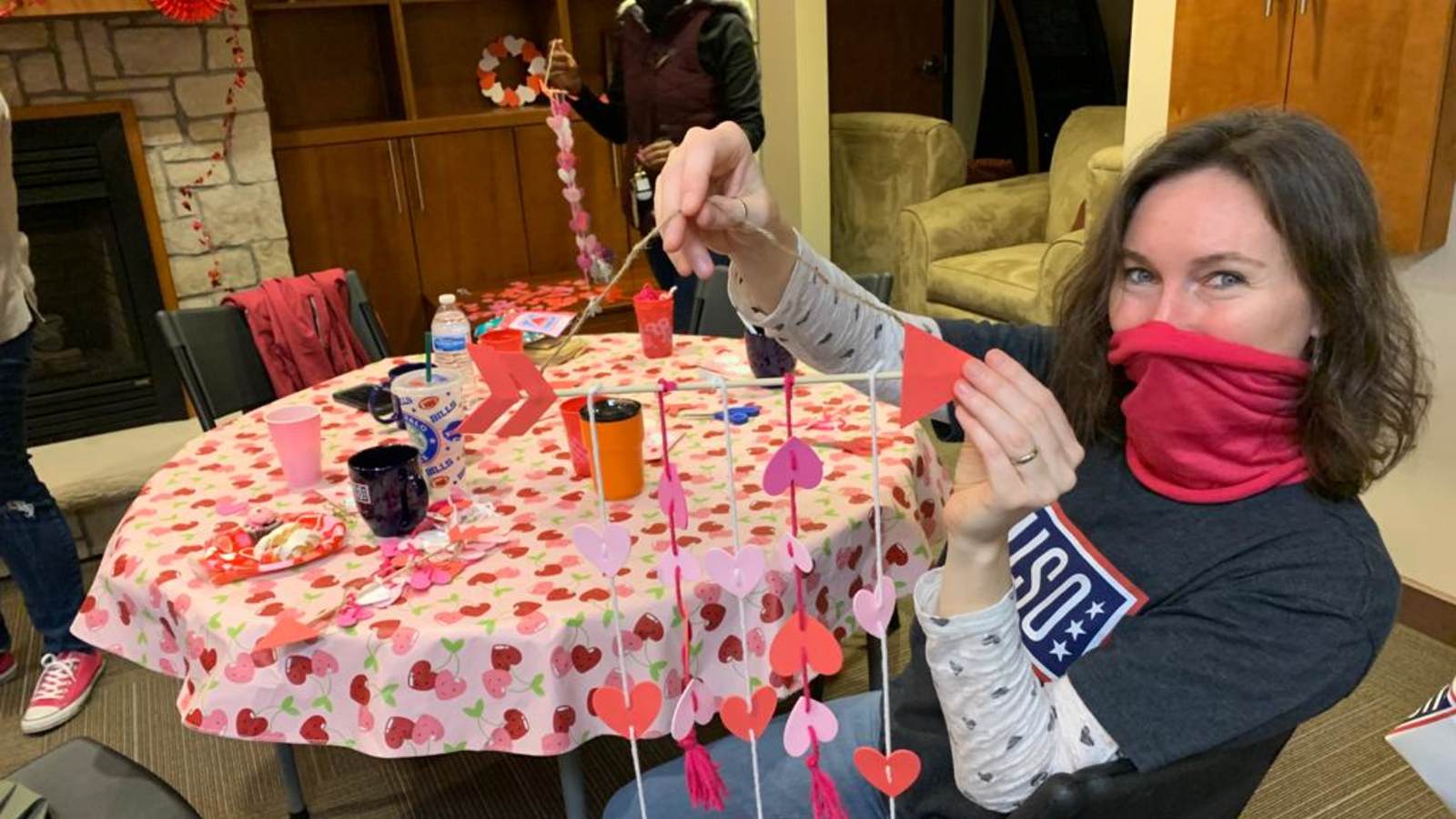 Military spouse and USO volunteer, Amanda Stewart, displaying the craft she made at Coffee Connections 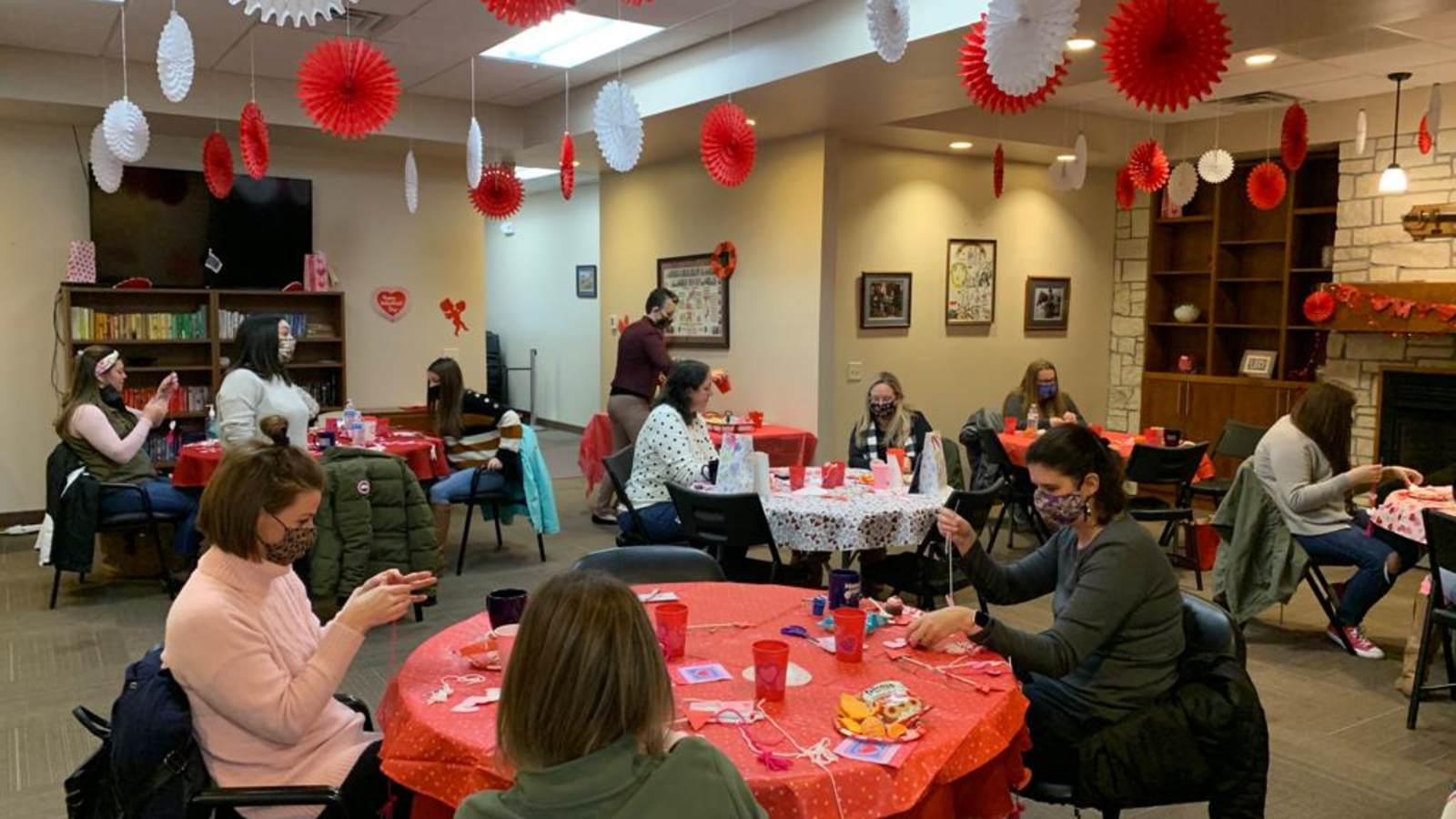 Fort Riley is home to approximately 15,000 active-duty service members and over 18,000 military family members, so the need for support is great. The USO Kansas center on base tries to provide just that by hosting monthly programming dedicated to military families, as well as specific programming just for military spouses.

USO Center Operations and Programs Manager Shannon Schaad has seen both sides of support as she has also worked for USO Camp Aachen, located in Bavaria, Germany.

“I feel like making sure that these families have something to look forward to, whether it be an event or just hanging out at USO Kansas, is our way of helping lower the stress that our service members feel when they can’t be at home.”

Schaad also explained how USO staff and volunteers feel a responsibility to support service members’ families while they are away.

“We want to make sure that we are here for our spouses, just like our overseas USOs are there for their service member,” she said.

Crafts, Coffee and the Military Spouse Benefit of Connections

The USO is there for military spouses through programs such as USO Coffee Connections, which is offered at USO centers all around the globe and allows military spouses to form connections with fellow spouses and members of their local communities.

Fort Riley-based military spouses can attend monthly USO Coffee Connections events and look forward to them as a place where they can connect with other spouses who relate to their unique military lifestyle. Schaad and other USO staff at Fort Riley have added an additional element to help break the ice among attendees: a takeaway craft project.

“For a spouse who is attending the event for the first time and doesn’t know anyone, having a way to instantly relate to another spouse because you are both making the same craft is a natural, easy way to start conversation,” Schaad said. “Some of our spouses are very crafty and they will help the other spouses at their table, while others have literally just started crafting since coming to our events.”

For Army military spouse Mary Teller, these dedicated events not only benefit her with the opportunity to meet new spouses, but also fun times that become special memories to reflect on later.

“It is nice to get together with fellow spouses I don’t get to see often. It gives me ‘me’ time with others who can relate to my lifestyle,” said Teller. “We crafted a cute bunny board [for Easter], I will put the board in my home every spring and will have my memories of my time here.”

Attendees of the monthly event agree that USO Coffee Connections allows them the benefit to get out and socialize, something that can be challenging when arriving at a new duty station or balancing a busy schedule.

Sarah Jankowski, an Army spouse, learned about the USO event through Facebook, and at the time was new to Fort Riley and military life.

“I regularly attend. [USO] Coffee Connections allows me to take a break and spend time getting to know other spouses that I wouldn’t have met otherwise,” Jankowski said.

She also explained that an event in December 2020 was one of her favorites because it made her feel less lonely during the holiday season.

“With no family nearby, it was so nice to celebrate the season with others.”

Schaad has also witnessed many military spouses make plans to connect outside of USO Coffee Connections events, as well as empathize over PCS moves and military life.

Army spouse Ashley Calvert recalls the USO being a support system for her while her husband was deployed. Calvert discovered the USO Coffee Connections program several years ago just before her husband was about to deploy and she wanted to meet new friends. After attending a few events, she decided to become a USO volunteer.

“It has become a second family,” she said. “[Volunteering] got me through my husband’s deployment.”

“Military spouses are the strongest people on the planet in my opinion, and it humbles me that they choose to spend their free time here with us,” Schaad said.